The bustle of New York’s street vendors reminds me of my grandfather, a Syrian immigrant, moving to America in 1916 to escape the Ottoman Empire and impending World War 1. He spoke no English, like all of our family who arrived, poor but proud, learning the joys and struggles of living in a free but foreign land. He worked hard and long hours doing work he was proud to get. It’s 100 years later, and I wonder what he would think of me, two generations later, a college graduate, a professional, coming home from work with clean hands and clean clothes, the result of generations of hard work and sacrifice.

I’d just completed my last assignment for the week and stopped for a shoe shine near City Hall. I always feel uncomfortable and a little guilty paying someone to do something for me I should really do myself—especially when it requires back-breaking work. But there I was, sitting on my throne of advantage, while my black boots got worked over by a man from a Spanish-speaking country. The television was set to a Telenova channel. Another customer came in and sat in the chair next to me. I proceeded to play with my phone.

“You should put TV on English speaking channel!”

He repeated himself, “This is America! You should put TV on English!”

Did he want the Hispanic man to learn English so that he could prosper? Would he have barked the same advice to any speaker of any language?

I was so mortified to be witnessing this that I did not look up for a few seconds. When I finally turned my head, I saw that the commands were coming from an Asian man with accented English.

The shoe shine guy smiled politely.”It’s Spanish. English hard.” But to please the customer, he walked over to the TV and changed the channel.

“Yes! Learn English. Good for business!” the customer lauded.   Now I turned directly to the Asian man and my mind started to race. Were his words meant as advice; perhaps someone had advised him this way when he first came to this country? Did he want the Hispanic man to learn English so that he could prosper? Would he have barked the same advice to any speaker of any language? And the shoe-shiner: was he offended or not? Had he changed the channel to silence the protesting customer and retain his business? What if the customer had not been Asian? What if he had been American-born?

Before I looked up, I had felt outraged and embarrassed for the shoe shiner, but that completely changed when I realized that it was one foreigner talking to another. In my head I was screaming, “Don’t do it! Keep your television on Spanish! Viva Español!” But why was I having such a strong reaction? Was I curious about the foreign languages around me, or was this part of a multi-ethnic NYC that I took for granted?

I am an interpreter for the deaf, and I know the value of fluency in the lingua franca. It is essential; it could save your life. But in my line of work, I have learned that the only thing greater than the value of the lingua franca is the power of speech. No one can understand that until they have had that power removed due to deafness, a stroke, cerebral palsy, throat cancer. I see daily the disadvantages and discrimination faced by deaf people. I witness meetings where, even when the deaf person’s hand is raised, he or she is talked over, because nothing silences speech better than louder, more assertive speech.

There are many, many examples of discrimination against, and misunderstandings about how a deaf person can communicate, which have led to imprisonment of innocent people, and even medical malpractice suits against blameless victims. It’s not just a deaf person’s lack of speech, which, in a majority hearing society, provokes ignorance in others, but the educational and professional disadvantage of having English as a Second Language. In this way, to be deaf is to be treated like a permanent immigrant, and for immigrants to be treated as if they do not have a means to communicate. One’s own language, like my grandfather’s, gets lost in the cultural war, a tug of war, really, where the most fluent speaker wins. And then just add imperialism.

As the shoe shiner worked on my boots, oblivious to my thought spiral, I continued to wonder. Initially it had sounded like the customer was berating the employee, taking advantage of his temporary throne to spout his ideals onto a powerless person. Was that the true intent of his message, or did the customer want to help the employee? How did each of these men feel when the shoe shine was over? Did they give this moment another thought, or was I the only one, weeks later, plagued by this command to learn English?

On my way out, I tipped my shoe shiner and said, “gracias.” Hurriedly, embarrassed for the whole exchange, for generations of ignorance and discrimination, I didn’t wait for a response.

Andria Alefhi is an interpreter for the deaf and a writer. She is the editor of the memoir journal We'll Never Have Paris. Wayétu Moore: The Evolution of Bernice Cristina Henríquez: The Stories of the Unknown 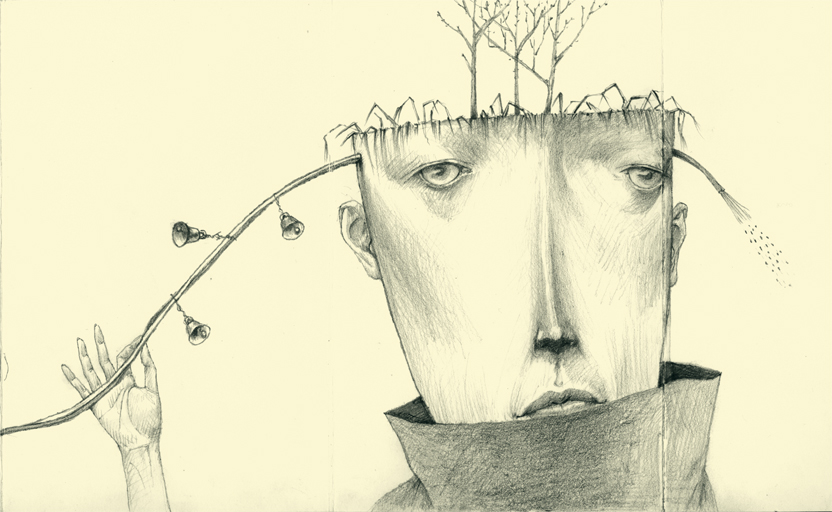