As you know, the election is this Tuesday. As you may not know, unless you know me personally, and I’ve told you, I’m nervous as hell. I’m hoping that my nerves are just paranoia, but the last two elections brought with them almost unbelievable outcomes, and since that pretty much encapsulates my presidential election career, I’m a little cautious when it comes to anything resembling a prediction.

Still, there are many good signs that point to a change. And not just a change in the Executive Branch, but a change in how we approach politics. One such sign was posted last week here and is what Guernica founder and editor Joel Whitney is calling “The Obama Consensus”: a list of Republicans who, as Joel put it, “are thinking more broadly than party affiliation this time.” This is a sign of actual change. People thinking about what is good for the country, and not just what is good for getting them elected.

A friend of mine sent me another good story earlier this month that I think points to actual change. She is a teacher in Northeast Minneapolis and her fifth and sixth graders, frustrated by the fact that they could not vote, hit the streets to register people to vote. Now this seems like the kind of thing we need. Unlike the “mock elections” that took place in schools when I was growing up, this seems like it may actually instill in these young people a desire and an ability to be involved in the political process.

Obviously there are many other promising things to point to that should assuage my fears, but it’s stories like these that are making me hopeful, even if I’m still nervous as hell.

“So, today, my fifth and sixth graders took to the streets and registered people to vote at the local grocery store in the neighborhood in North Minneapolis that our school is in. It was a great surge of energy…they all decided that since they could not let their voices be heard by voting, they would help get the people in their community registered to speak their voice through a vote.

I just thought with all the buzz that is going on with the upcoming election, these photos would speak to the power of that vote, and the right we have in our country. My students are definitely hopeful for a change that will impact their future. The optimism and resilience of children continues to inspire and amaze me.

Regardless of which way your vote is going to go, I hope these pictures encourage you to at least act out your right as a citizen of the United States to head to the polls in November.” 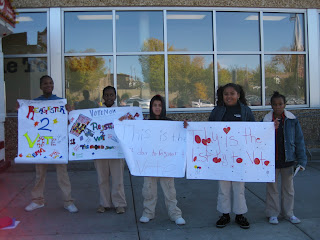 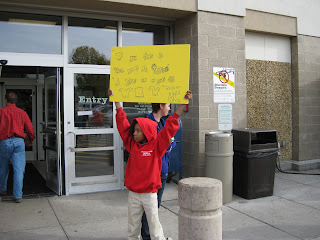 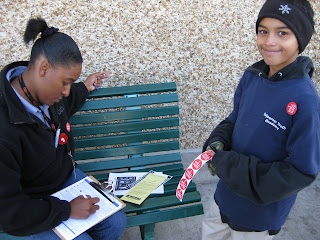 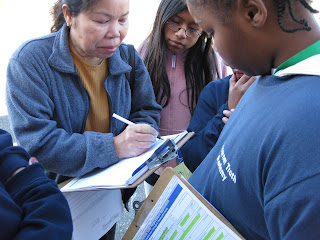 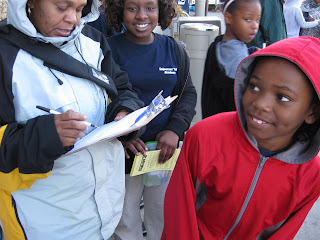 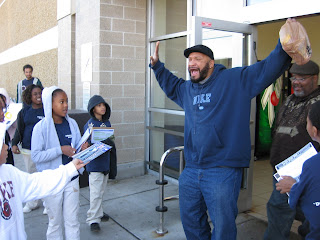 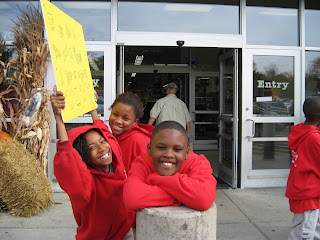