Jennifer Hijazi: Climate and the Courts

The essays collected in The Story About the Story

assault the institution of literary criticism.

The problem with literary criticism is not that critical actions conducted on literary texts do them damage–the problem is the way in which critical actions tend to be conducted. There’s a basic contradiction built into the system: dry, soul-deadening, derivative, entirely dispassionate prose is used to dissect literature that is supposed to be inspiring, passionate, creative, and unique. Worse, this critical doublespeak has become the way in which we expose literature to new readers, to kids. The insidiousness with which literary criticism has infected the culture and targeted children recalls the basic marketing strategy of religious cults and tobacco companies. The present low status of serious reading should not surprise anyone. The Story About the Story

wants to believe that this hobbling of our collective soul is like a smoker’s lungs: if we quit the bad habit of setting out to write poorly about good writing we can heal ourselves.

The collected essays approach the problem in a number of ways.

James Wood, in an essay from The Broken Estate, offers a novel description of “interrogating” texts. The interrogation strategy–familiar to anyone who has attended an English department meeting or scholarly conference–is as worthy of Edmund Wilson as Abu Ghraib: “Having been caught out,” Wood writes, “the poem is triumphantly led off in golden chains; the detective writes up his report in hideous prose, making sure to flatter himself a bit, and then goes home to a well-deserved drink.”

Not all in The Story About the Story

are quite so angry.

As a schoolboy, Seamus Heaney (“Learning from Eliot”) was left scrambling for metaphors to describe initial exposure to T.S. Eliot. “But, of course,” he laments, “we were not encouraged to talk like that in English class.”

Wallace Stegner (“On Steinbeck’s story ‘Flight'”) notes that literature swarms with interconnected images, but warns against a tendency to go beyond simply noting and enjoying those connections. “The ingredients are all there, and must be noticed, for they are the literal instruments of both truth and suspense. But let us not take them apart, and let us not imagine that when we have become aware of them we have ‘explained’ the story, or laid bare the mystery of its composition.”

Which is what Robert Hass worries about in “Lowell’s Graveyard.” Not only do literary critics attempt to explain poems, he claims, they project meaning where there is none. Wondering whether “In the Quaker Graveyard” contains imagery of crucifixion as redemption, Hass decides that “three or four pages of [tedious] theological explication could put it there, but it isn’t in the poem.”

Some take the problem downright personally.

Virginia Woolf (“An Essay in Criticism”) equates her annoyance with Hemingway–he’s too macho–with literary criticism in general, leaving her eloquently befuddled: “But what reason there is for believing in critics it is impossible to say. They have neither wigs nor outriders. They differ in no way from other people if one sees them in the flesh. Yet these insignificant fellow creatures have only to shut themselves up in a room, dip a pen in the ink, and call themselves ‘we,’ for the rest of us to believe that they are somehow exalted, inspired, infallible….No greater miracle was ever performed by the power of human credulity.”

Geoff Dyer hits an even more fevered pitch. On the occasion of being given a collection of critical essays on D.H. Lawrence (in an excerpt from Out of Sheer Rage), Dyer frets his way to the perhaps hyperbolic theory that criticism and book burning are synonymous: “How could it have happened? How could these people with no feeling for literature have ended up teaching it, writing about it? I should have stopped there, should have avoided looking at it any more, but I didn’t because telling myself to stop always has the effect of egging me on. Instead, I kept looking at this group of wankers huddled in a circle, backs turned to the world so that no one would see them pulling each other off….Then I looked around for the means to destroy his vile, filthy book. In the end it took a whole box of matches and some risk of personal injury before I succeeded in deconstructing it.”

So should criticism simply be chucked, as Steven Knapp and Walter Benn Michaels prescribe for theory-based criticism in “Against Theory”? No. In fact, all the essays in The Story About the Story

conduct a critical action (even Out of Sheer Rage occasionally reads like straightforward analysis). Collectively the message is this: serious criticism contextualizes itself in the critic’s subjective perception–the subject is the writer, as much as it is the text. In “Mr. Pater’s Last Volume” Oscar Wilde offers a miniature manifesto for the critical enterprise, long forgotten: “The true critic is he who bears within himself the dreams and ideas and feelings of myriad generations, and to whom no form of thought is alien, no emotional impulse obscure.”

In other words, good writing about literature is unique, passionate, inspiring, and creative. Robert Hass captures the debate in a single line: “You can analyze the music of poetry but it’s difficult to conduct an argument about its value, especially when it’s gotten into the blood.”

Which should be the whole point, shouldn’t it? 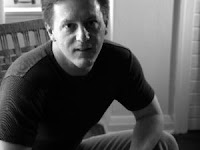