In Scott Pilgrim vs. The World, a film adapted in 2010 from the Scott Pilgrim graphic novel series, the titular character’s hat serves as a security blanket of sorts. The lovesick protagonist recalls a previous bad haircut, just moments before having his heart broken. For Scott Pilgrim, a hat is a tool for forgetting, or perhaps a misguided attempt at addressing the past. In the film, director Edgar Wright uses jump cuts: For a moment, our protagonist’s shaggy hair graces the screen, only for the hat to return in the blink of an eye. Insecurities function this way, rearing their ugly head without warning or concern for aesthetic continuity.

Scott Pilgrim’s hat, a floppy winter cap suitable for a meme on Hipster Runoff, reminds me of the hats I’d wear as a kid. As a large-for-his-age child, I sought ways to go unnoticed, and a winter cap made for the perfect clandestine armor. In quarantine, as men bereft of the services of barbers took to wearing hats indoors, they were adopting a long practice of mine. Clothes, after all, are a form of armor, a shield from the psychic trauma of everyday life: The Carhartt sweatshirt whose hood engulfs and hides—providing cover from recognition as well as space for introspection. The oversized t-shirt, a universe unto itself. Other garments provide a shield that exists entirely internally. In a GQ article about the phenomenon, one respondent described his hat-wearing as a tool for self-confidence, which is another function of armor.

Today, uncertainty abounds. The ways we live and work seem to be in permanent flux, and once-salient ideas about what makes life worthwhile have all come into question. It’s as important as ever to anchor in the self, with self-confidence as a tool for battle—which these days, is never-ending.

Jeff Ihaza is the culture editor at Mic.com and runs the independent magazine Secret. His work has appeared in The New York Times, Pitchfork, Vulture, and SSENSE, among other publications. A Cold, White Sport in a Warming World 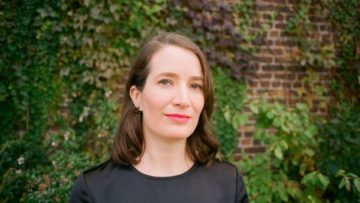 Meaghan Winter: Progressives Can’t Give Up on the States Fear in the Time of the Javelina