When the celebrations and partying over his death fade…we’ll once again be left with the tattered American world bin Laden willed us, and it will be easy to see just how paltry a thing this “victory,” his killing, is almost 10 years later. "> Tom Engelhardt: Osama bin Laden’s American Legacy: It’s Time to Stop Celebrating and Go Back to Kansas – Guernica
Explore… Search

Back in the 1960s, Senator George Aiken of Vermont offered two American presidents a plan for dealing with the Vietnam War: declare victory and go home. Roundly ignored at the time, it’s a plan worth considering again today for a war in Afghanistan and Pakistan now in its tenth year.

As everybody not blind, deaf, and dumb knows by now, Osama bin Laden has been eliminated. Literally. By Navy Seals. Or as one of a crowd of revelers who appeared in front of the White House Sunday night put it on an impromptu sign riffing on The Wizard of Oz: “Ding, Dong, bin Laden Is Dead.”

And wouldn’t it be easy if he had indeed been the Wicked Witch of the West and all we needed to do was click those ruby slippers three times, say “there’s no place like home,” and be back in Kansas. Or if this were V-J day and a sailor’s kiss said it all.

Admittedly, the Arab world had largely left bin Laden in the dust even before he took that bullet to the head. There, the focus was on the Arab Spring, the massive, ongoing, largely nonviolent protests that have shaken the region and its autocrats to their roots. In that part of the world, his death is, as Tony Karon of Time magazine has written, “little more than a historical footnote,” and his dreams are now essentially meaningless.

Consider it an insult to irony, but the world bin Laden really changed forever wasn’t in the Greater Middle East. It was here. Cheer his death, bury him at sea, don’t release any photos, and he’ll still carry on as a ghost as long as Washington continues to fight its deadly, disastrous wars in his old neighborhood.

The Tao of Terrorism

If analogies to The Wizard of Oz were in order, bin Laden might better be compared to that film’s wizard rather than the wicked witch. After all, he was, in a sense, a small man behind a vast screen on which his frail frame took on, in the U.S., the hulking proportions of a supervillain, if not a rival superpower. In actuality, al-Qaeda, his organization, was, at best, a ragtag crew that, even in its heyday, even before it was embattled and on the run, had the most limited of operational capabilities. Yes, it could mount spectacular and spectacularly murderous actions, but only one of them every year or two.

And had the Bush administration focused the same energies on hunting him down that it put into invading and occupying Afghanistan and then Iraq, can there be any question that almost 10 years wouldn’t have passed before he died or, as will now never happen, was brought to trial?

Bin Laden was never “Hitler,” nor were his henchmen the Nazis, nor did they add up to Stalin and his minions, though sometimes they were billed as such. The nearest thing al-Qaeda had to a state was the impoverished, ravaged, Taliban-controlled part of Afghanistan where some of its “camps” were once sheltered. Even the money available to bin Laden, while significant, wasn’t much to brag about, not on a superpower scale anyway. The 9/11 attacks were estimated to cost $400,000 to $500,000, which in superpower terms was pure chump change.

Despite the apocalyptic look of the destruction bin Laden’s followers caused in New York and at the Pentagon, he and his crew of killers represented a relatively modest, distinctly non-world-ending challenge to the U.S. And had the Bush administration focused the same energies on hunting him down that it put into invading and occupying Afghanistan and then Iraq, can there be any question that almost 10 years wouldn’t have passed before he died or, as will now never happen, was brought to trial?

It was our misfortune and Osama bin Laden’s good luck that Washington’s dreams were not those of a global policeman intent on bringing a criminal operation to justice, but of an imperial power whose leaders wanted to lock the oil heartlands of the planet into a Pax Americana for decades to come. So if you’re writing bin Laden’s obituary right now, describe him as a wizard who used the 9/11 attacks to magnify his meager powers many times over.

After all, while he only had the ability to launch major operations every couple of years, Washington—with almost unlimited amounts of money, weapons, and troops at its command—was capable of launching operations every day. In a sense, after 9/11, bin Laden commanded Washington by taking possession of its deepest fears and desires, the way a bot takes over a computer, and turning them to his own ends.

Don’t be surprised, then, that in these last months or even years bin Laden seems to have been sequestered in a walled compound in a resort area just north of the Pakistani capital, Islamabad, doing next to nothing. Think of him as practicing the Tao of Terrorism. In fact, the less he did, the fewer operations he was capable of launching, the more the American military did for him in creating what collapsing Chinese dynasties used to call “chaos under heaven.”

As is now obvious, bin Laden’s greatest wizardry was performed on us, not on the Arab world, where the movements he spawned from Yemen to North Africa have proven remarkably peripheral and unimportant. He helped open us up to all the nightmares we could visit upon ourselves (and others)—from torture and the creation of an offshore archipelago of injustice to the locking down of our own American world, where we were to cower in terror, while lashing out militarily.

In many ways, he broke us not on 9/11 but in the months and years after. As a result, if we don’t have the sense to follow Senator Aiken’s advice, the wars we continue to fight with disastrous results will prove to be his monument, and our imperial graveyard (as Afghanistan has been for more than one empire in the past).

At a moment when the media and celebratory American crowds are suddenly bullish on U.S. military operations, we still have almost 100,000 American troops, 50,000 allied troops, startling numbers of armed mercenaries, and at least 400 military bases in Afghanistan almost 10 years on. All of this as part of an endless war against one man and his organization which, according to the CIA director, is supposed to have only 50 to 100 operatives in that country.

The chance exists to put a stake through the heart of Osama bin Laden’s American legacy. After all, the man who officially started it all is theoretically gone…But why do I think that, on this score, the malign wizard is likely to win?

Now, he’s officially under the waves. In the Middle East, his idea of an all-encompassing future “caliphate” was the most ephemeral of fantasies. In a sense, though, his dominion was always here. He was our excuse and our demon. He possessed us.

When the celebrations and partying over his death fade, as they will no less quickly than did those for Britain’s royal wedding, we’ll once again be left with the tattered American world bin Laden willed us, and it will be easy to see just how paltry a thing this “victory,” his killing, is almost 10 years later.

For all the print devoted to the operation that took him out, all the talking heads chattering away, all the hosannas being lavished on American special ops forces, the president, his planners, and various intelligence outfits, this is hardly a glorious American moment. If anything, we should probably be in mourning for what we buried long before we had bin Laden’s body, for what we allowed him (and our own imperial greed) to goad us into doing to ourselves, and what, in the course of that, we did, in the name of fighting him, to others.

Those chants of “U.S.A.! U.S.A.!” on the announcement of his death were but faint echoes of the ones at Ground Zero on September 14, 2001, when President George W. Bush picked up a bullhorn and promised “the people who knocked these buildings down will hear all of us soon!” That would be the beginning of a brief few years of soaring American hubris and fantasies of domination wilder than those of any caliphate-obsessed Islamic fundamentalist terrorist, and soon enough they would leave us high and dry in our present world of dismal unemployment figures, rotting infrastructure, rising gas prices, troubled treasury, and a people on the edge.

Unless we set aside the special ops assaults and the drone wars and take a chance, unless we’re willing to follow the example of all those nonviolent demonstrators across the Greater Middle East and begin a genuine and speedy withdrawal from the Af/Pak theater of operations, Osama bin Laden will never die.

On September 17, 2001, President Bush was asked whether he wanted bin Laden dead. He replied: “There’s an old poster out West, as I recall, that said ‘wanted dead or alive.’” Dead or alive. Now, it turns out that there was a third option. Dead and alive.

The chance exists to put a stake through the heart of Osama bin Laden’s American legacy. After all, the man who officially started it all is theoretically gone. We could declare victory, Toto, and head for home. But why do I think that, on this score, the malign wizard is likely to win?

To read blog entries from Tom Engelhardt and others at GUERNICA, click HERE . 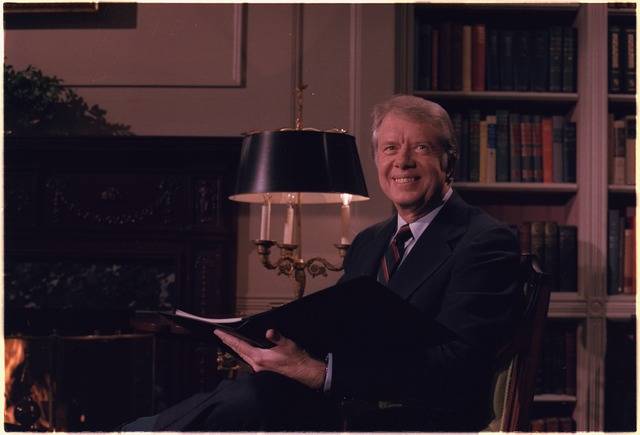